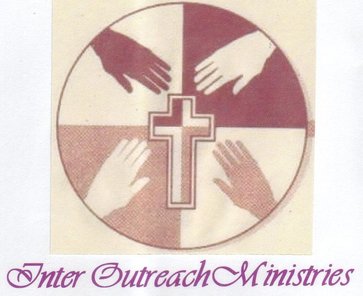 HOW INTER OUTREACH MINISTRIES WAS BIRTHED

In 1990 a group of Christians, with a burden for evangelism, decided to reach out on the streets of Cape Town. We were  from different Churches but we all had the same heart and vision, to reach the lost for the Lord.

Using creative ministries
Near the start when I came on board, I introduced more creative ministries as I had been involved  in street theater for a full year in Youth with a Mission. These included Christian dance groups, drama groups and music groups all with the purpose of reaching out to bring people to a knowledge of salvation through Jesus Christ.

The name
I introduced the name Inter Outreach Ministries and wrote my first newsletter in 1991. We all felt a desire to challenge the local churches to get out onto the streets to reach out to the lost.
We  struggled with the concept of sitting in church praying for people to get saved and determined that we should go into the ‘highways and byways’ of the City to do outreach and make God's love known.
By 1993, I had taken over the leadership of the ministry as most of the team had moved on.

Arts Festival
Two friends and I presented a 'Renaissance Arts Festival' at the Sea Point Civic Center in 1993 under the banner of Inter Outreach Ministries. Heather Auer doing the fine artists, and Jenny Mills doing the graphic art designs for our brochures and advertising etc. I organised the creative ministries. We presented Christian music, drama, dance and fine art.

All the creative ministries we presented included established Christian performers as well as five professional Capab Ballet dancers which included two prema ballerinas. The fine artists were well established in their fields and It involved much work on our part but turned out to be a huge success. It was suggested that we make this an annual event!
After this production I took a break for two years and then in 1993 I sensed The Lord telling me to pick up what I had laid down in ministry.

Training In Street Outreach
I began training Christians who were interested in doing street evangelism and wrote an outreach manual called 'Street Outreach'. A group of us decided to reach out to the prostitutes in the suburb of Green Point through a one night a week coffee bar.That continued for two years.
Since the elections in 1994, there was a major influx of women and young girls on the streets selling sex, and very little was being done about it.
We worked with women who wanted to come out of prostitution and sex trafficking.

Coffee Bar
We also opened a drop-in center/coffee bar in a room on the side of a church in Green Point from which we would go onto the strip where they plied their trade inviting them in for coffee and sandwiches or hot soup in winter and introduced the gospel message.
We would through this outreach befriend and pray with them as many of the girls wanted to come out of that lifestyle but didn't know how to do so.
Existing shelters in Cape Town were unsuitable as they were short term and only provided a bed and food and would not take in drug abusers and many were on drugs. There was also no counseling or courses available and very little skills training to assist them to exit the life of prostitution.
I decided to obtain a fund raising number which I obtained in 1997 in order to open a safe house to help out. In 2000 we were registered as a Non-Profit Organisation and given an N.P.O. number.

Opening a Safe House
In 2001 after being registered as a non profit organisation we opened a live-in facility with our prepared programme to help the women we were reaching out to in dealing with their issues.
Through the courses we presented they received inner healing and restoration from their past hurts and were discipled in spiritual truths and equipped with new life skills.
Where possible we sourced job skills to help them to find alternative employment rather than trading their bodies.
The safe house we ran was called 'The Balm of Gilead Healing Home' and we helped many young women.
Our teaching programme with courses named 'Beauty for Ashes' helped them in their healing process, and our skills training programme ' Wind beneath your Wings' encouraged them to reach towards new levels of creativity and freedom.

Buying our own ministry home
After renting a house for three years with the funds we raised from a local donor at last a funding Organisation in the USA provided the meaningful financial assistance in order to purchase a house in Observatory, Cape Town. We operated as a first stage home and introduced a six-month rehabilitation programme. Later in 2005 we operated as a second stage facility for the women who had completed the training programme and who were at this stage studying or employed.

Six month programme
We limited the number of residents in order to keep it personal and manageable for the six months period. We made every effort to turn the place into a home and tried to provide an atmosphere of as much love, comfort, routine and fellowship as was possible in such circumstances. We presented a number of different courses, some group therapy and one-on-one counselling in order to help the women to be healed. These were Christian courses where possible which helped us in their spiritual growth and discipleship. Prayer was a daily occurrence and when we could we made sure the ladies attended a local church; transportation provided!
More than sixty ladies came for help during this time, they came to us from as far away as Zambia and Zimbabwe and from all over South Africa. For a few years we also worked on the streets together with a woman from the Congo.

Some girls have fallen back into prostitution, but a number of them were helped and have moved on and are now employed or have returned to where they originally came from. Some have surrendered their lives to God and have been transformed into a new lifestyle.
We had three in the home with their young dependent children, although a number of them had children in foster care

Drug addiction
Nearly everyone we worked with had either been on alcohol, cocaine, heroin or tick, and others struggled with lesbianism.
Their addictions to substances or relational brokenness was the means for dealing with their pain and trying to deal with unmet nurturing and security needs in a wrong and unwholesome way. Most of them had no stable family support- structure to rely on to save them from making wrong choices.
Most of these women were sexually abused as children and all were from dysfunctional home lives.  Most had experienced some form of abuse and rejection in their past as well as many being raped and some were HIV+.


Changed lives?
Can such a life be changed? Oh yes!

By the power of Jesus they can be transformed and set free from their bondage's and become totally whole again.

It is an extremely, emotionally draining ministry, but it is also so rewarding when you experience those who do come through.
I am most grateful to the Lord for allowing me to be part of seeing people's lives changed and transformed. I am also so proud of those who have taken the hand that was offered them and have lifted themselves up to new opportunities.
They are the ones we should cheer because they saw hope and they took it with both hands, we were only there to facilitate that change for them and it was our privilege to be available.

Passing on the baton through training
Since 2008 I have on occasion trained others to do this work. As a 'consultant' I have now passed on the baton' and
I have recently written and published my book called 'A Rose, a Pearl and a Warrior' which I hope will encourage others to do the work and perhaps guide them in how to accomplish it.

Good Samaritans needed
These women can be helped if we make ourselves available!

Hear the call and reach out your hand to lift someone else up!